I want to specify a couple of things before proceeding with this post:

1) I haven't a clue of who the hell was Alden Penner and I went to this gig only because of Michael Cera as I wanted to see if he really plays the bass and in Scott Pilgrilm VS The World it wasn't just acting.

2) At the time I requested the gig it was planned to be played in Vicar St, a very good venue here in Dublin with very good lights generally.

Then things changed, and they moved the gig to the Hangar, which was the very first time I heard the name of that venue, only to discover afterwards that it was previously called Andrew's Lane. After I realized where the gig were going to be played, I felt like Admiral Ackbar:

And what it supposedly be an easy gig, turned into a nightmare.
Now I'm sounding very mean to the poor Alden Penner, Michael Cera and their mates. I don't want to be mean with them, they actually played a very good gig, and yes, Michael Cera is good to play bass, guitar and keyboards.
I'm just a bit disappointed by the venue, which the only upside was the fact that it was very eco-friendly that night, as they didn't turn on many lights, and especially the aircon, on one of the hottest (and vary rare) days in Ireland this summer (if we can call it with this name).
Essentially there were a couple of blankets on the wall, a few very static lights, some other lights that they didn't  bother to turn on for some fancy reason, and there were just a "virtual" pit, no actual barries, but just a couple of bouncers who did an imaginary space for photographers, which didn't last very long.
The pictures didn't turn that bad, well, they are acceptable, let's say that; and I have to thank to the engineers in Canon that allowed to me to shoot in low lights thanks to their full frame sensors and very fast prime lenses.
Again, don't get me wrong, the band was very good, it was just the venue that was completely wrong in my opinion, and the Alden Penner & friends really deserved a bigger venue.
Anyway, down here some of the best shots of that night, while here you can find the full set. 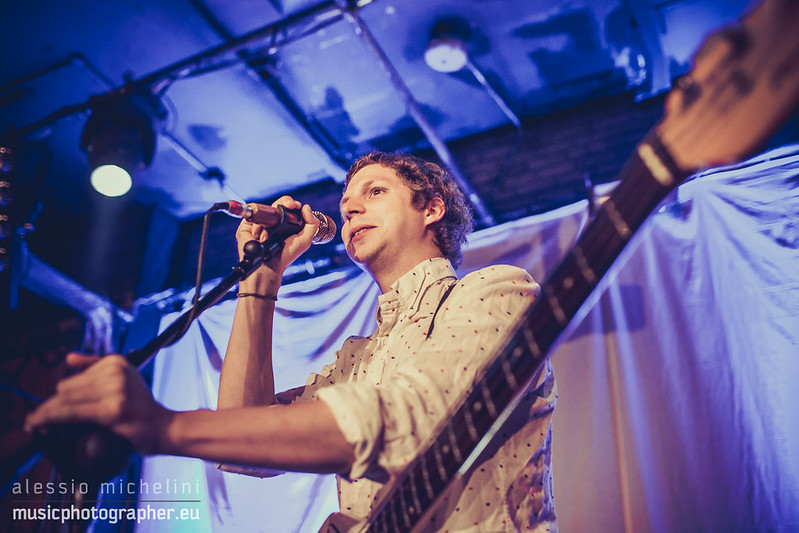