Phoenix was on my have-to-photograph-before-I-die list from a long while, and they didn't play in Ireland for years (someone told me 'cause they had a bad experience on an irish festival years ago), so I couldn't miss their performance at longitude. To be honest I had mixed feelings before, I love their third album, not that much the new one, and Phoenix could be one of the bands that are amazing live, or simply terrible, despite of how their album sound (example: White Lies, decent album terrible live band). Thankfully they fell in the first option, and actually I was really well impressed by their live performance, they still can't beat Foals, but they were pretty good.
As they were the main band of that thay, all the lights were for them, I was a bit worried from the giant red screen, but at the end the pictures turned great, and, if possible, got even more better photos than foals (a couple of them are already on my main site in the Music category).
Anyway, a great band to see and photograph. Here the usual pictures, and as usual you can find the full set by clicking here. 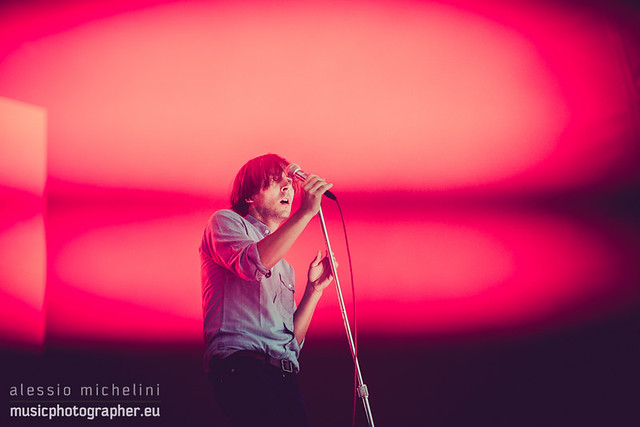 As I said in my first post about this festival, I love Foals. I've already seen them three times before, and I already knew that they rock like hell. Amazing live band, and they get better album after album. And while other band could lose some of their power on such big stages like the one at Longitude, it's not their case. 10 people or 10 thousands doesn't really matter to them, and to photograph them it's always a win win situation. But this time was different, in a good way. In fact after we entered the first song, one of the event manager escorted us out of the pit, I was, alongside the other photographers, a bit pissed off as I thought "only one song and they kick us out? WTF?!?!" but then he told us that the band wants the photographer to enter at the last three songs. Yes, you read well, the last three. Why? Well according to him they say they are better to photograph at the end of their performance, and I couldn't agree more, as the end is always the best moment, but at least to me, it never happened before.
It was even better because at that time, about 8.15pm, ambient light starts to be less bright, it has a warmer colour, and the stage lights become more prominents, and the mix of these factors it gives us the best combination to shoot (or at least IMHO), where you don't have to use very high ISO (I shoot at 800 ISO) thanks to the ambient light, but the stage lights, that were a bit weaker earlier, now have enough power to give a better sensation of depth.
Another cool thing of this band, is the fact that the singer always get off the stage and tries to jump in the crowd. He does all the times, I think it's his thing, and I like it.
So what else I can add? Nothing really, great band to see, great band to photograph in one of the best moments of the day to photograph in general. So it's pretty clear that unlike the previous gigs took in the Heineken tent, these are pretty good.
The set is pretty big, 35 photos, so here I've attached only some of the best, but you can see the full set on my flickr account. 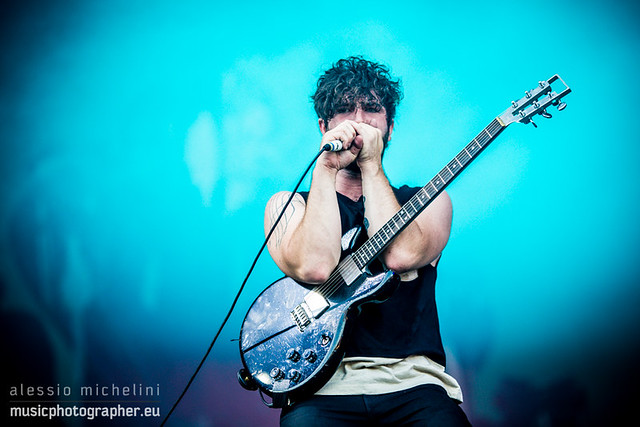 Even if I generally don't like R&B music, I have to say that she did a very good album, and I was really looking forward to see how she performs on a stage, and I have to say that she did pretty well. Unfortunately she played in the same stage of AlunaGeorge, and if I thought that in the previous gig we reached the bottom of how bad lights can be in a such big stage, I was wrong. Unfortunately for this artist lights were even worst. But not because it was dark, but because the quality of light was terrible. I know, you are probably sick to ear from that I hate LED lights at this stage, but seriously, some times these lights can just ruin every single shots. Thank God B/W conversion saves my arse, but for fuck's sake, why I can't have decent colour shots? Anyway, that's the worst gig I shot at the festival, or at least from a photographic point of view, as I said above the artist's performance was really good, but at the end I deleted most of the photos I took and I picked only ten. 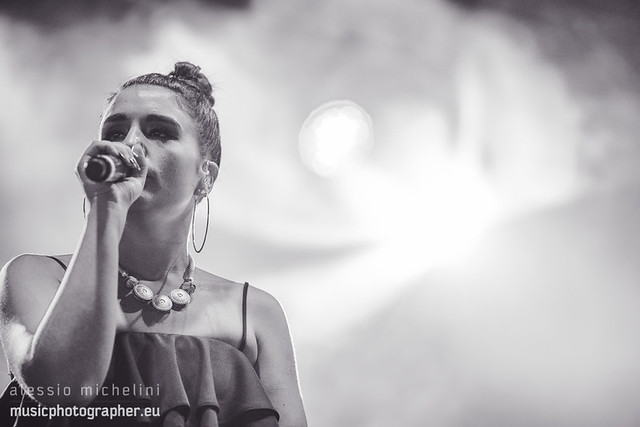 I have to admit it: that's the only act I shoot at the Longitude Festival that I didn't have a clue of who they were, I went there only because a fellow photographer suggested me to go to see them as they could be cool to photograph, but seriously, it was the first time I heard them. Actually, I thought that Aluna George was the name of the girl, and only once I got home I found out that Aluna is the singer, and George is the other guy. Anyway, they were pretty good, not my type of music, but good. Unfortunately the Heineken Live Project Stage was terribly illuminated. Loads of LED lights, music photographers' mortal enemy, which gave me only red and blue hard lights, at some stage it was like to shoot in a small venue, but bigger. I had only few moments where the lights were decent.
And while I kinda liked their music, I didn't like the photos I took of them, at all, but I think is not not fair to show you only when I succeed, but I have to show you when I fail as well (or at least until the photos are showable). Anyway, down here you can see some of the "best" shots, while the full set is here. 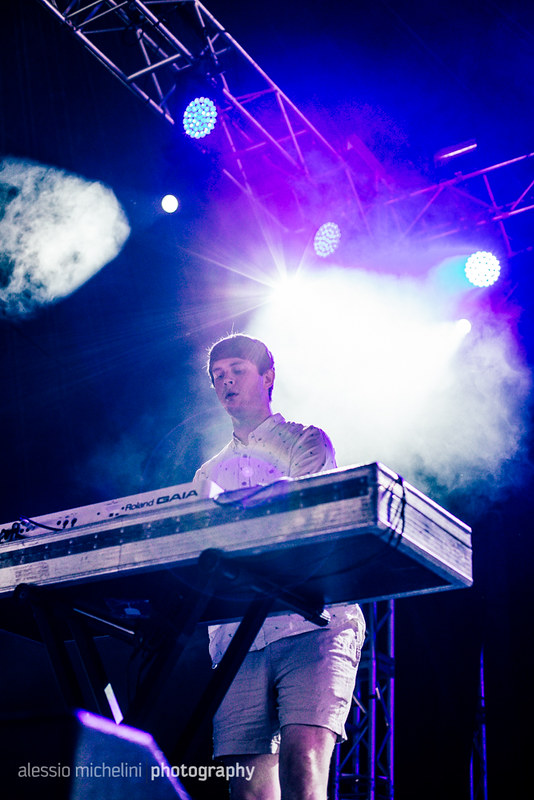