Here we are with the photos I took last month! I don't have much to show you this time as gigs and a photo shoot I took for an artist monopolised my spare time, but at least I found an afternoon to go with a good friend and photographer Giuseppe Milo (check it out his flickr page) to take some proper landscapes shots down in Dún Laoghaire. Anyway, down here you can find some of the best shots, while you can find the rest on this set on flickr. 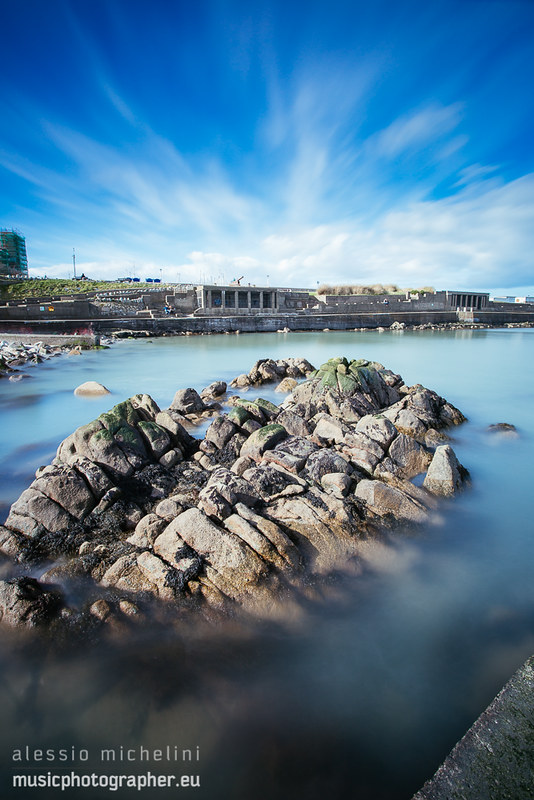 Timelapse of the Yosemite National Park

Yes, another fuckin timelapse. But I love them, even if I didn't really try to make one, I'll do one this summer, which I heard is going to be a friday this year (only if you live in Ireland you get this joke). Anyway, this is a great timelapse I saw last year, which features one of my favourite artists, M83, for the music, made in the Yosemite National Park by Sheldon Neill and Colin Delehanty.
If you want to see the BTS (if you are looking this acronym with a weird face, it means Behind The Scenes), just watch the video down here.

As I mentioned in a previous post, last weekend myself, my girlfriend, and a couple of good friends, we decided to go to the only part of Ireland I've never been before, the wild Donegal! I've been looking to go to this place from years now, but never got a chance, even because it's a place that it takes at least 3 days to visit, you cannot really do it in less time than that. In this post I'll publish only the pictures we take on the first place we visited, which is the amazing Slieve League, which are, according to Wikipedia, the highest sea cliffs in Ireland.
That place is so stunning that it's really hard to describe with words or even pictures, and about this last point, I have to say that it was really hard for me to represent that part of Ireland. I took plenty of pictures, but those pictures look daft and very bland compared to reality, to what the best camera ever made, mortally called "the eyes", can see. And at the end despite the quite big number of shots, I didn't pick that many. Plus when you travel in a group of people, you cannot really spend the hours I would like to take to try to catch the white fly of the (almost) perfect shot, or at least to something that can shows to you the majesty of the nature. But I did my best, and here I hope to show you what I've seen this weekend.
As usual you can find the complete set on my flickr account. 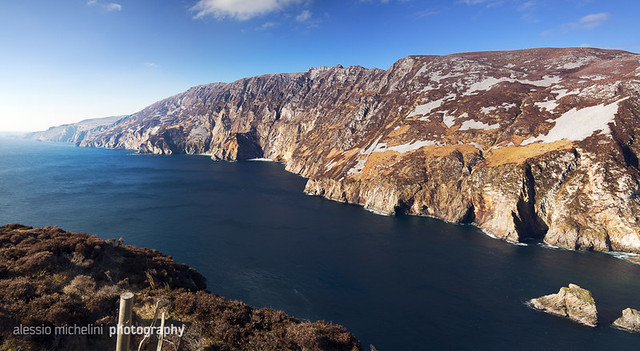