This one probably is one of the best photo shoot I did in ages. Even if was probably the less planned shot I ever did, as generally I tend to go to places I know, where I have already a good idea where are the good spots for photos, even if it always depends on the mood I want to give with the artists, and when I can if an artist suggest a place, I try to go there a few days before just to try to plan something. But this time I couldn’t, as I had to go in a part of Dublin I never been: Lucan.
To be honest I barely have an idea of where Lucan was before, I could tell you it was on the west, somewhere far that you can reach only with buses or a car, and as there’s nothing really exciting to see, and I could hardly find an excuse to spend money to rent a car to go there, add the fact that I hate to take buses, it makes clear why in 7 years I never been there.
So I have to totally trust on the artist to find a good place, and he mentioned that there were a skate park not too far from where he lives, so I decided to give it a go.
In my imaginary world I thought it was a place full of nasty kids with skates and some hardcore 40 years old skater, skating all day on crazy ramps trying to defying gravitational laws.
That’s what I expect from a skate park.
In the reality the one we went was the quietest skate park in the universe, where there just us, and a guy with two kids. And the ramps weren’t exactly that gravity defying.
But they had very nice graffiti, and that’s what matters, especially when you need a nice background!
So we spent about half an hour, so it was a quick one as well, but Marvell was supernice and extremely photogenic that everything ran smoothly, and the results were pretty spectacular, or at least for me.
As usual I didn't use any fancy gear apart from my trusty Yonguo flash, a cheap umbrella with a cheap flash, and my trusty Canon 6D with the Canon 35mm f/1.4 L USM.
The more I do photo shoots, the more I see that all the other lenses are useless to me, as I always use only that lens, that's why now I just bring the 50mm just in case I need something a bit longer.
Anyway, down here you can find some of the best shots I took with the marvellous DVO Marvell (check it out his facebook page), while on flickr you can find the full set. 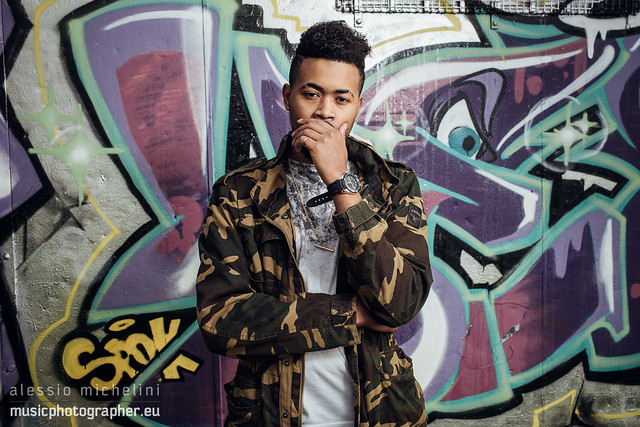