Big September is one of the fastest raising band in Ireland, and a couple of months ago I had the chance to photograph these five lads from Bray for an interview for the magazine The Thin Air.
And after a few emails with the band we decided to do the photo shoot in their hometown, in part because it was logically better as it's easier for me to get there than bring 5 people plus manager up here in Dublin, and in part because I prefer to link the band with their environment when I can, I didn't want to put just a pretty background behind the guys, but I wanted to link the band with the backdrop, and this gave me the opportunity to take some shot in a place I didn't know, which it might be risky sometimes as you mind end up going around to find the right place, but on the other side it gives you some variance from the usual Dublin places.
Anyway, the shots turned out well in my opinion and down here I posted some of the best, but you can always see the full set right here. 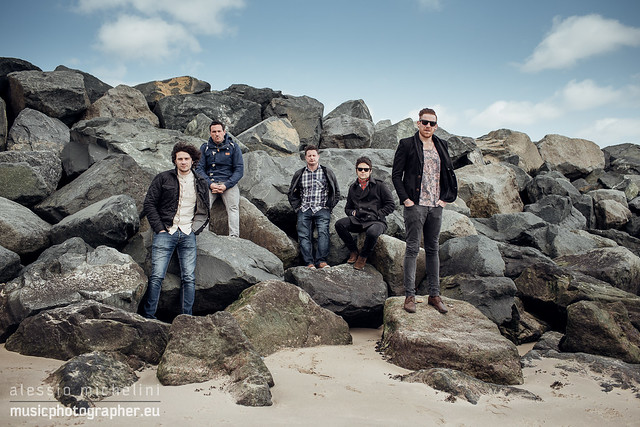